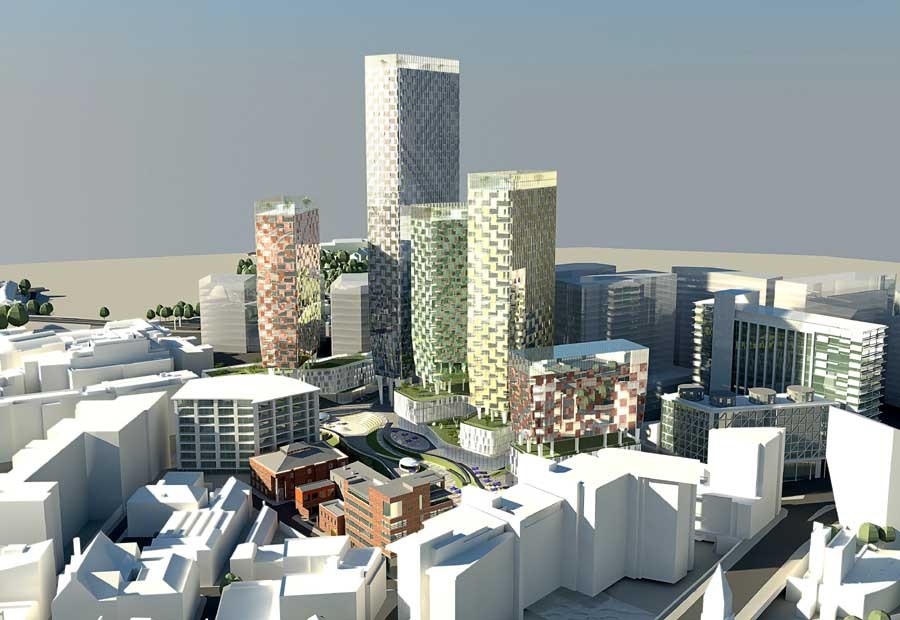 Located next to Mancunian Way, this new development will be made up of four towers at 64, 50, 44 and 37-storeys high. It will bring 1,500 new apartments into the city centre, something Ian Simpson believes is vital to the progress of Manchester.

The new development has raised many concerns by local residents and councillors, including parking, traffic, and a lack of services such as schools in the local area to cater for this new influx of residents. In addition, none of the flats have been allocated as affordable housing, something that is considered to be needed in the Greater Manchester area.

Despite these mixed views, it will be interesting to witness the new development as it brings new possibilities to Manchester city centre. Developments such as this are solidifying Manchester’s name as the ‘Northern Powerhouse’ as greater investment occurs within the local area.