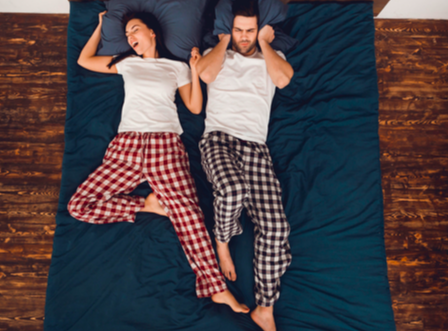 15 Feb How to handle noisy neighbours

Posted at 14:59h in General by kaytons_user 0 Comments
0 Likes

It’s estimated that one in four people have experienced troubles with their neighbours – and noise is one of the most common reasons for a dispute. While noise is to be expected every now and then, there are some rules when it comes to appropriate noise. Whether you’re living in the property yourself or are a landlord with tenants who are experiencing problems, this guide should help you to solve the trouble of noisy neighbours.

It might sound obvious but the first step is to communicate. Your neighbours might not realise how loud they are being. One in three people have found that talking to their neighbours solved problems immediately, according to HomeOwners Alliance. Begin by calmly explaining the situation to your neighbour and ask them to make some changes. Most people will be more than willing to amend their ways but if your neighbour begins to get confrontational, simply walk away. If you’re worried about going to talk to your neighbour, why not take a friend or relative or post a letter through their letterbox?

It can also be a good idea to explain how you’d like the issue resolved. For example, you might ask them to stop playing music after a certain time or ask for a pre-warning before any parties.

If this fails, then consider getting the local council involved. An anonymous letter will be sent to your neighbour stating the issue. You will also be asked to record a noise diary which details the noise, time, date and effect it had on you. This can then be used as evidence and your neighbour could be fined. However, this decision shouldn’t be taken lightly as any official complaints could potentially make it harder for you to sell your house.

Mediation can be beneficial when trying to solve an issue as it allows everyone involved to have their say. An experienced mediator will arrange a mediation appointment at a neutral location, and will work with both you and your neighbours to a solution. Mediation doesn’t involve the law and is usually a free service but does have a high degree of success. However, it is voluntary so your neighbour doesn’t have to attend. There’s also the possibility that mediation won’t work.

If your neighbour is a leaseholder, they could be breaching their lease agreement regarding noise. For example, some leases state that leaseholders must not make noise outside of a certain time and many leases also have bans on pets so if it’s a noisy animal that’s keeping you up, check your agreement.

If you’re having problems with a leaseholder, you should complain to the freeholder (who owns the property). They will then issue a warning or begin legal proceedings. If you know that your neighbour is a tenant, you could always contact their landlord and explain the problem. Alternatively, if you’re a tenant, you could contact your landlord to express the issue.

Contacting the police about your noisy neighbours should be the last resort. Instead of calling the emergency number however, try and contact your local number. Noisy neighbours are not an emergency – no matter how much they annoy you.

While noisy neighbours may be annoying, the best way to deal with any issues are often be to talk it through. But, before approaching any neighbour, it is crucial that you feel safe. It’s also important to remain friendly because a good relationship with your neighbours can make for a happier life.